Using the data tracked Unflow allows you to create targets to set who sees content, and how and where it’s shown.

Unflow allows for content to be delivered in three different ways, all of which require no-code to set live once your app is properly instrumented with the attributes and events described in Tracking user data.

Spaces allow for content to be persistently shown to users that match a given set of attributes. The content appears in the Opener banner (described in Core Concepts) defined during the integration phase. 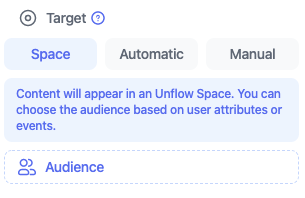 The Audience allows for attribute based filtering of users. When a users device syncs with Unflow a matching process determines which of the Screens for which a user matches. Only Screens that match will be returned and thus shown to the user. 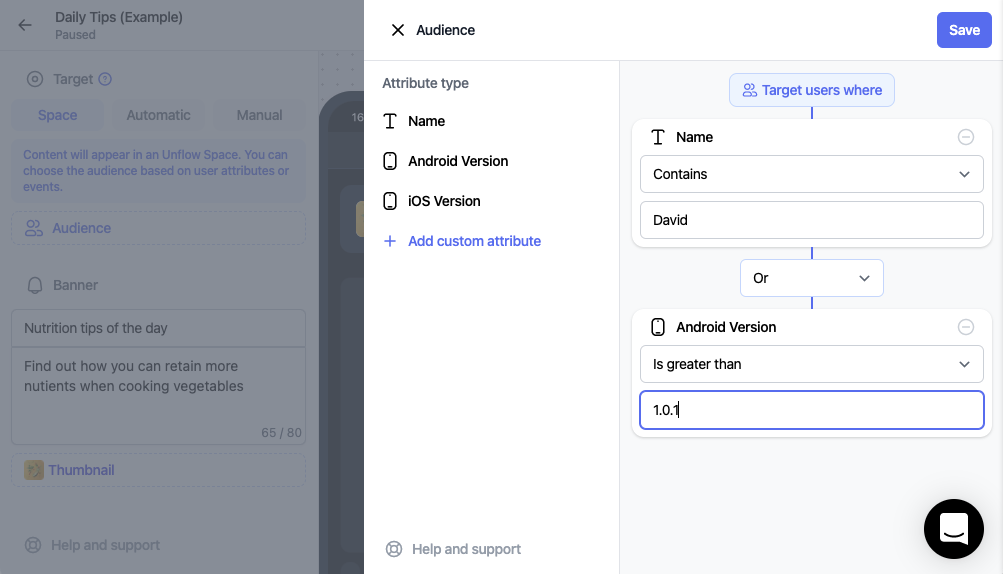 Audience editor for a screen in a Space

If the Target is set to Automatic there is an additional Trigger option in the target. Unlike with the Space option, Automatic content is not shown in the banner and hence would never be shown to a user unless triggered. Where the Audience defines the "who" content should be delivered to, the Trigger defines the "when". 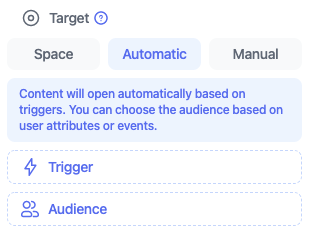 Selecting an audience and trigger

Trigger targets are event based. The editor allows the flexibility of defining the number of occurrences of an event to be triggered. 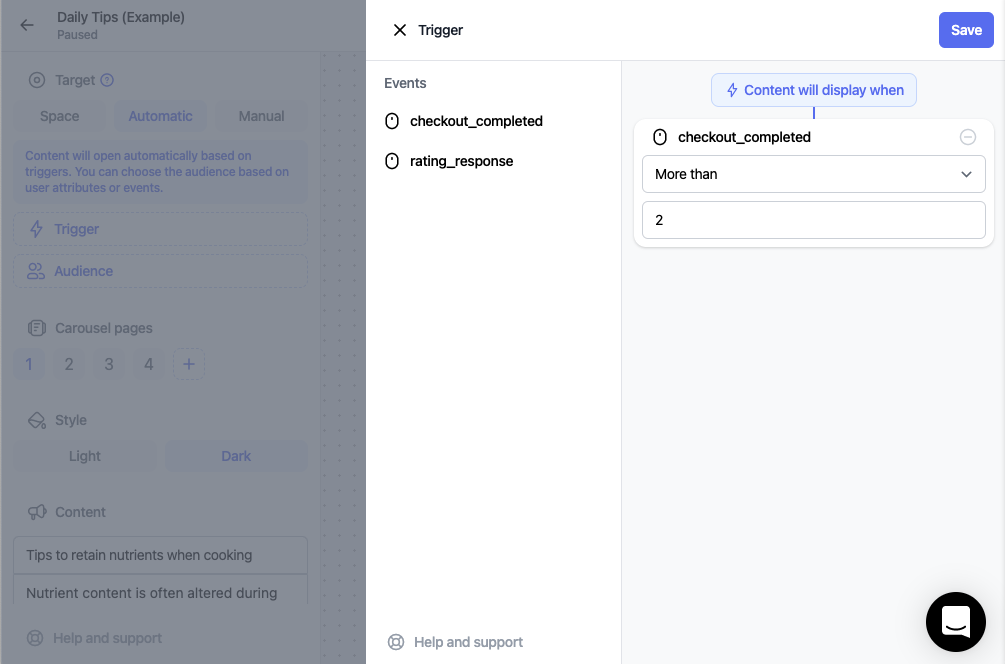 Trigger editor for an Automatic screen

Content can also be set to shown programatically. This means that no rules (either trigger or audience) are needed, but an engineer can call the appropriate methods in their SDK to display a screen instantly.

ℹ️ What about if the user is offline? 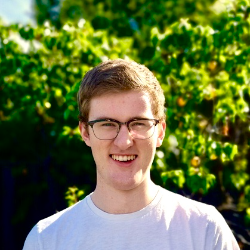 |
Updated 21 Apr 2022
Did this page help?
Yes
No
UP NEXT
Refreshing Content
Documentation powered by archbee

|
Updated 21 Apr 2022
Did this page help?
Yes
No
UP NEXT
Refreshing Content
Documentation powered by archbee